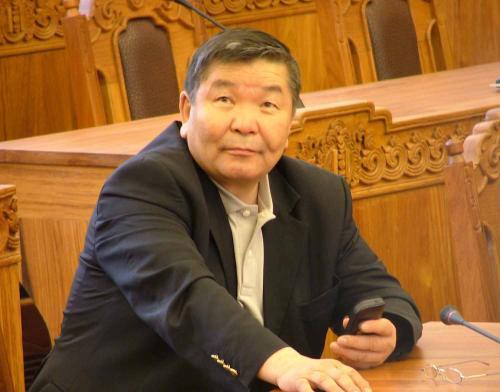 Reports and information about roles and participation in eliminating and burying dangerous waste were handed out to the participants who included several officials such as the Minister and vice Minister of Environment and Tourism L. Gansukh and Ch. Jargalsaikhan, the Vice-Minister of Health J. Tsolmon, and S. Bayarbaatar, Executive Director of the MMCA, as well as related organizations such as General Agency for Specialized Inspection (GASI) and the City’s Administration office. Reports on governmental measures and their results were also handed out.

Hazardous waste management directives that must be adhered to with respects to MMCA’s projects were introduced. Besides, the attendees shared views on the roles and participation of other organizations, projects’ directors delivered reports at working groups’ sub-meetings on “Hazardous waste” and “Management of clinical waste.”

Sanitation and hygiene are critical to health, survival, and development. Many countries are challenged in providing adequate sanitation for their entire populations, leaving people at risk for water, sanitation, and hygiene related diseases. According to the CDC (Center for Disease Control and Prevention), throughout the world, an estimated 2.5 billion people lack basic sanitation (more than 35% of the world’s population). Basic sanitation is described as having access to facilities for the safe disposal of human waste (feces and urine), as well as having the ability to maintain hygienic conditions, through services such as garbage collection, industrial/hazardous waste management, and wastewater treatment and disposal.

The CDC it claims that without immediate acceleration in progress, the world will not achieve even half the United Nations’ Millenium Development Goal (MDG) sanitation target to halve the proportion of people without sustainable access to basic sanitation by 2015. To meet this target, at least 173 million people on average per year will need to begin using improved sanitation facilities.

One of the reasons for the recent infection breakout in UB 1st maternity hospital last January which resulted in the death of 4 babies was the poor levels of hygiene practiced there, as well as a lack of fund, an investigation concluded.

The week-long learning sessions in the Philippines touched on the history and evolution of the National Health Insurance Program, the PhilHealth organizational set-up, personnel management and incentives, the actuarial foundations of SHI, premium-setting, collecting contributions, developing a collection system and benefit packages for members.

Insights were also shared on implementing the NHIP (National Health Insurance Program) at the local level, and the quality framework in health care service provision, while modules on standards-setting and performance monitoring of health care providers, funding the program and marketing the NHIP were also delivered by key PhilHealth officers.

A brief look at the health maintenance organizations in the Philippines was also provided by Carlos D. Da Silva, Executive Director of the AHMOPI, while a run-through of the insurance mechanisms to protect the poor and the informal sector was facilitated by Dr. Antonis Malagardis, Program Manager of the GTZ-MIPPS.

A step back on the abolishment of death penalty?