For decades the global resources industry which had its eye on Mongolia’s huge mineral deposits was deterred by a combination of corruption and political instability. 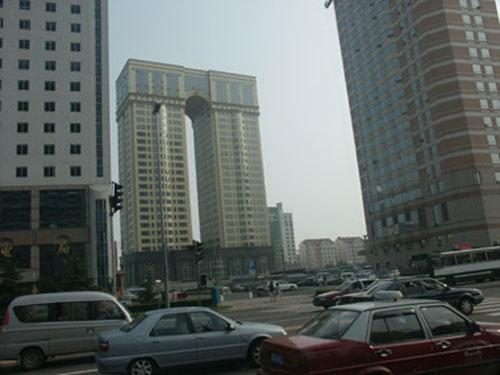 For decades the global resources industry which had its eye on Mongolia’s huge mineral deposits was deterred by a combination of corruption and political instability.

But the situation has changed with the election of a pro-business Democratic Party government that is, although cautiously, welcoming foreign investors to partake in a boom hoping to triple the nation’s GDP in the next decade.

The catalyst for investors was a decision last August by Mongolia’s new president, Elbegdorj Tsakhia, to cancel the 68% windfall tax on copper and gold profits imposed in 2005 by the previous communist-leaning government, and the recent finalised deal with the Canadian-listed Ivanhoe Mines to develop the USusd5bn Oyu Tolgoi copper and gold reserve.

As a result, the prospect of 15 more OT-sized strategic reserves - according to a research note by Eurasia Capital Management - is making foreign investors mouth-watering.

Such headline-grabbing, public investments are only the tip of the iceberg, according to Matthew Totty, managing director of Redwood Capital, which specialises in bringing Chinese firms to the international markets.

According to Mr Totty, investing attitudes towards Mongolia have been transformed over the last year. “Since they sorted out the windfall tax and settled with Ivanhoe, the floodgates have opened...  private equity firms that wouldn’t touch Mongolia a year ago are now actively focusing on the country,” he said.

However, such confidence in the “new” Mongolia is not universally shared, particularly after the government announced this year that it was cancelling its auction for a 49% stake in the world’s largest undeveloped coal field, the USusd2bn Tavan Tolgoi deposit. Sukhbaatar Batbold, Mongolia’s prime minister, announced earlier this year that the government had decided it preferred complete state control, adding that other projects would be decided “on a case-by-case basis.”

Such uncertainty was seen by some as a disturbing throwback to the last decade, as was the passage of a 2009 Nuclear Energy Law which appropriated 51% of all state-discovered uranium deposits to the government for no fee, effectively halting all uranium projects in Mongolia.

Worries also persist over the impact of strategic squabbles between Russia, which still exerts political influence over Mongolia, and China, the natural customer for its mineral resources. Tensions between the two are being blamed for the failure to agree a deal to build a planned railway linking the OT and TT mines to China, a move described as a “no-brainer” commercially, but unacceptable politically to Russia and sections of the Mongolian public who fear China’s growing influence.

And yet, in spite of these political risks, the potential rewards continue to lure investors who see the country as the last virgin frontier for minerals exploitation and accept that the fact the government seeks control of some strategic aspects.