Not the end of history, but beginning

It looks like comrade Donald Trump is elected as the President of the United States. Certain people are used to say now days “Shall we let him be elected, boss …or?”. But once he’s elected, he is elected.

One. End of “Our Era”
It looks like comrade Donald Trump is elected as the President of the United States. Certain people are used to say now days “Shall we let him be elected, boss …or?”. But once he’s elected, he is elected.

With or without Trump the world has come to the edge of something. From Philippine’s President’s “war on drugs” to the decision on the Brexit of an experienced nation like Britain the political arena is saying something to us.

Our country is small, but nonetheless we don’t need to search long to find our own Kaddafis, Ortegas or Maduros.

So, I tell you what all this is about. It’s not that mankind become stupid, or that people lost ability to choose their leaders. It simply means that generation values are becoming outdated and good things are no longer considered as such.

In reality, international order and values that were created in the 21st century by the joint effort of the whole humankind are becoming old fashioned.

After mass killing of each other in the World War I, countries formed the League of Nations, a predecessor to the United Nations, in an attempt to establish a collective order, but it did not succeed much.

Contrary to above, the United Nations established after the World War II, did succeed. There, despite the bloody fight between capitalists headed by the United States and communists headed by the Soviet Union, all nations recognized and respected the values and importance of the UN.

Exactly during this time of mutual respect, our country, the Mongolian People’s Republic, was recognized internationally and Mongolia’s national flag was raised at the UN in 1961. At that time it was United Nations that decided about creation of “new nations” or “of one country disappearing after invasion of another”. But today the United Nations doesn’t care much anymore about “creation of new nations” if we look at what’s happening around Ukraine, the annexation of Crimea by the Russia, or creation of Donetsk “republic”.

Victory of the famous populist Trump in the Presidential race of America does not mean, for sure, that this country, cradle of democracy, will start building socialism. Again, it shows us one of the brightest examples of outdatedness of “mankind’s values” in the 21st century.

But it doesn’t mean that good things are ceasing to exist. Rather, our understanding about what is right has become old fashioned. In other words, “Our Era” with its world order created in the middle of 20th century, is expiring.


Two. Collapse of socialism was the end of the new world order

In fact, the end of “Our Era” started in 1990-ies. With the collapse of the socialist system that confronted capitalism, a whole era ended in the history of mankind. On the other hand, after the breakdown of the communism that kept shaping capitalist values, western democracies faced crisis of their values because of lack of comparison and revival. Meanwhile, nobody claimed the vacated space of the former socialist camp headed by the Soviet Union. The world gradually became sum of countries that are “lovely democratic”, “poorly democratic”, “almost democratic”, or “seemingly democratic”.

Iraq, Libya and Syria present us glorious examples of failures in attempts to aid democracies or gift democracies to some “backward” countries by use of arms.

However hard you try with multi-party elections, but you end up having Putin governing over Russia, or, like in China you get the whole leadership changed every 5-10 years without free and democratic elections. God only knows which of two is democratic!

“All socialist countries will integrate into one country headed by the Soviet Union” was the old communist slogan, and Mongolia along with former East European countries united under the “objective need of integration” tried to implement a joint program, but failed. After the collapse of socialist system European capitalist countries attempted to unify under the “European Union”, but as an old proverb “forced love does not last” says, it’s now on the brink of falling apart.

Hence, only conclusion remains that unless moral values of the peoples of the world will become more or less equal, there will be no equality in political and economic development.

Russia tried to assume the role of the old Soviet Union, but so far unsuccessful. It will not succeed, because Russia is not building socialism again, but first of all is seeking new ways to interact with the United States.

After the collapse of the Soviet Union post World War II global order has become like a paralyzed government, even though without opposition, but split into thousands of factions and unable to deliver unified decisions. Very similar to the Government of Mongolia in 1996-2000.

With the fall of socialism as one of the pillars of the new world order in the 20th century, this order started to fall apart and we are witnessing this process continue today. Its not that collapse of socialism was a bad thing, or extinction of one period in the world order is an unpleasant event. That “Our Era” was great doesn’t mean that the next era will be ugly.

Buddhist philosophy says: on the path to understanding and envisioning something new, old values become obstacles. Therefore it is difficult to imagine the enlightenment, it’s simply greater than your mind can contain.

Something is coming to us. I don’t think it’s a bad thing. Values of our generation are expiring. It doesn’t mean we lose all of our values, but we will create totally new values never imagined before.

The life itself is a great revolution that leads to good things. As Jaroslav Hashek’s Good Soldier Svejk of the World War I said that however bad things will get they will improve eventually.

I remember my grand mother told me something when I was a small boy. She was explaining to my young brain about the world: “Its said, when all matchbox cars on the planet will be of the same scale the world will be equal”. Even though this saying came to us after the invention of matchboxes, it carries traces of the Eastern philosophy. Namely, matchboxes around the world will never be the same size, and likewise the humankind will perpetually change bringing to life new things and new values, and therefore the world will never be the same.

I don’t believe in the concept of Mongols gifted with blue spots. But there is no doubt that Mongolian nomads always lived with Buddhist philosophy in their mind.

We are approaching something. The road is coming to an end. And we need to reach its end in order to take a new road. If people think that its bad if something ends they will never be able to image the beauty of a new beginning that is coming. It is beginning. 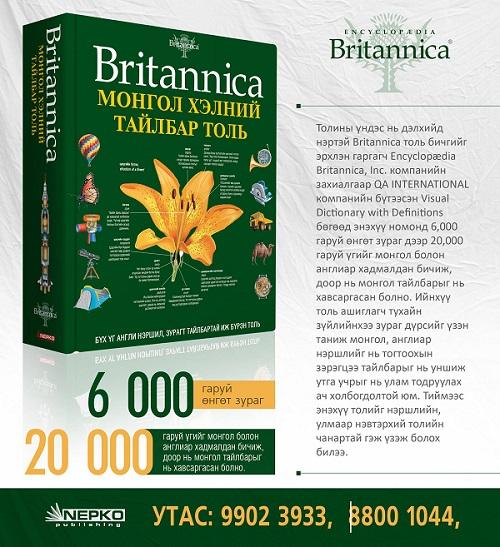