Ivanhoe not to sell its shares in Oyutolgoi

Ivanhoe Mines will not sell a stake in the OT project to fund its development, 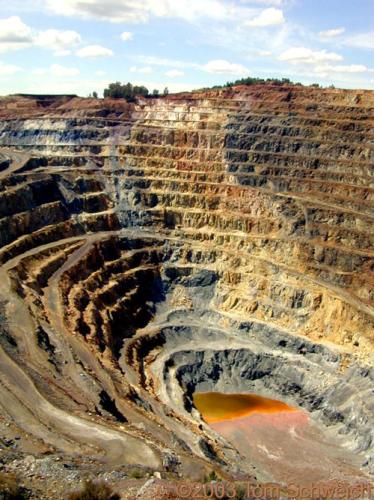 Ivanhoe Mines will not sell a stake in the OT project to fund its development, Executive Chairman Robert Friedland said at a special session on Mongolia at Asia Mining Congress 2010 in Singapore, adding that both Ivanhoe and the Mongolian Government, which owns 34% in the project, have the first right of refusal if either party wants to sell a stake.

As both sides are unlikely to sell their stake in the mine, the only way for anyone to participate in Oyu Tolgoi is to become a shareholder of Ivanhoe, said Friedland. Asked if China Aluminum Corp., or Chinalco, is in negotiations to buy a stake in Ivanhoe, the executive chairman said every mining company is looking for opportunities. Nevertheless, R. Friedland declared that the only three companies technically capable of undertaking such a large project as Oyu Tolgoi are Rio Tinto, Chile’s Corporacion Nacional del Cobre, and Freeport-McMoRan Copper & Gold Inc. Rio Tinto, the technical operator of the project, already has a 22.4% stake in Ivanhoe and has an option to take it up to 46.6% eventually. Chinalco, which holds around 9% of Rio Tinto, is currently the single largest shareholder in the Anglo-Australian miner.

Friedland said Ivanhoe has budgeted to spend USusd758 million on the construction of the Oyu Tolgoi mine in 2010 alone and has appointed Citigroup Inc. and Hatch Corporate Finance to explore funding options.

Mongolia’s gold production is expected to rise 300% and copper production will also rise significantly in the next five years as a result of the new project, he said.