Popular theme of any election: from Kumtor to Oyu Tolgoi

We have never witnessed the local election of such magnitude and solemnity. In the past MPRP used to run and then win the elections. But now we see a real competition – even former and new MPRP are competing each other.

We have never witnessed the local election of such magnitude and solemnity. In the past MPRP used to run and then win the elections. But now we see a real competition – even former and new MPRP are competing each other.

One of critical topics of the present local election is changing OT agreement and mine. Either candidate from that party in Rinchinlkhumbe soum of Khuvsgul aimag, Bayan-Ulgii’s Altantsugts or Govi-Altai’s Khukhmorit intends to visit Umnugovi’s Khanbogd and work closely with OT right after becoming a soum governor.

These MPP activists, who although have displayed a banner excluding minister D. Zorigt from a group of officials who signed OT agreement writes that they will revise the agreement.

Looking at such banners remind me a distant country of Kyrgyzstan. Generally, Mongolia outruns this country in terms of democracy development. But looking at how we play with “turquious head/hill” makes me thinking that we are likely behind the Kyrgyz people.

They have one gold mine of world class which has a reserve of gold not exceeding those that we will generate from OT beyond the copper. And this mine is co-managed in tandem with Canada based Centerra Gold which is well-known thanks to our Boroo Gold company. If in socialist period the politics had been evolved around the slogans like “under the banner of proletarian internationalism” or “for peace around the world” so similarly all political life in Kyrgyzstan evolves around “who will control Kumtor’s gold”. It is said that Kyrgyzstan had continuously struggled and rioted for managing Kumtor’s gold rather than had reasonably ruled the country. Saying that just a few people benefits from Kumtor’s gold is enough to cause a revolt of the people. Saying “Kumtor’s gold – for people” suffice for the people to fill the streets out as if gold is really about to be distributed. As a result, the beneficiaries of Kumtor mine have changed but not the livelihood of people. So this led again to dissatisfaction of people. The group who was suspended from the feeding takes advantage of this opportunity and began “the process of allocating gold to the people”. Upon numerous cycles and long years they finally encountered the latest revolution. Claiming that they revolted to foster a democracy in the country but not for gold they have even learned from our lessons. May their efforts reap tangible outcome.

Even today you can hear a slogan “Kumtor’s gold for people” oftentimes. Those who was discharged of the power and feeding stands behind it. All the troubles of this beautiful country lie in “politicized” gold and this continues for a long time. And only heaven knows what will happen next.

Every time when Mongolia’s political power is changed the issue of changing director of Erdenet Mongolia-Russia joint venture rises, in opposite of Russia where the political power remains stable.

Our newly elected authorities grasps two activities to implement first. The first is to inspect Erdenet plant, and the second is whether let citizens drink alcohol visiting friends in evenings or in purpose-built bars, or permit them to sell cigarettes piece by piece or by a box. Either party at first resolve these two issues and then go forward. The first is a goal of taking power, and the second is a symbol of how they love the people.

But decision to keep a former director of Erdenet plant in his previous position made by new authority is difficult to understand. But time will show was it a step forward or backward.

Oyu Tolgoi has been turned to a major topic of today’s election campaigns of all levels. Nobody say to cease OT project and expel the investors. Because this construction project which become a kind of “guiding star” for new generation has been sympathized by all the people. Nobody will support the slogan appealing for destroying OT.

Therefore, the politicians pledge to revise OT agreement if they win the election. And a wide public who is unaware of the details thinks that it is a right decision to revise an agreement. But needless to talk over and over that OT deposit and resource is 100% Mongolia’s property, that well-experienced foreign investor was invited for its development, and that our side possess 34% of that company. But speculations around the ownership share is a separate question, and whose relative has been fired from there is also a separate issue. On other hand, all our people “made profit” from OT, unlike Kumtor. So everybody who got country’s share or child money is “the accomplices (of a crime)”. Paraphrasing the above, we already gained some profit from OT prior to a commencement of production. And everybody knows about it. So there is nobody at least to date who intends to destroy OT project and expel from the country the foreign investors.

However, the politicians must always be in the public. While in the public they need to speak about the sensational things. The excellent slogans that had driven the people into the streets are now outdated. If ones call for replacement of Erdenet plant director nobody will care. If ones shout out “There is a Chinese half-blooded over there” nobody will surprise. Because now it is pretty hard to find out who has mixed Chinese blood as they used to call such each other for a decade. The only topic that had survived is Oyu Tolgoi, because it epitomize tomorrow’s anticipation of the people. And people surely eye those who are touching their anticipation.

V. Lenin, who used to be a great teacher of the past generation including me, taught that defense is a death for revolt. Therefore, a politician must always move forward and define new and new themes to attract people’s interest. People who are talk about the change over and over will finally have no other option but to start changing. As the change naturally evolves from development process nobody sees changes if it is not fundamental. And that pose a risk to Mongolia to replicate Kyrgyzstan model.

And then unscrupulous populists will come out to launch a campaign to reveal those who had expelled foreign investment from OT and called Chinese investors in instead.

What shall we do? There is no politician who loves only the people. So it is crucial to determine where their passion for status, power and decorations intercrosses with our interest. And whose intention is closer to our dream? 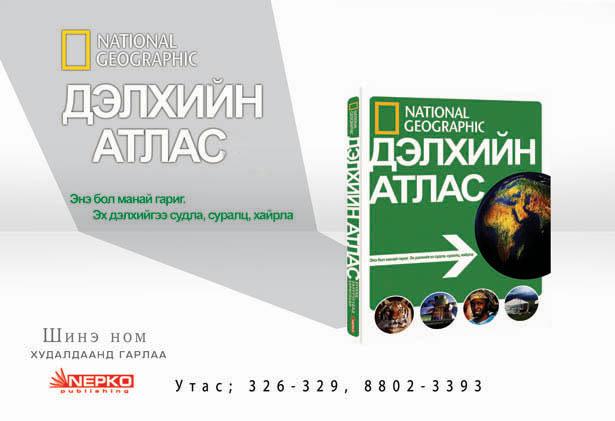