ULAN BATOR, Mongolia — Emergency food relief is needed for nomadic herders in Mongolia after the number of livestock killed there by blizzards and extreme cold doubled in recent weeks, the Red Cross said Monday. 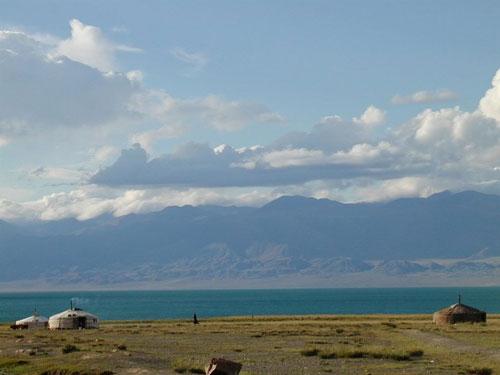 ULAN BATOR, Mongolia — Emergency food relief is needed for nomadic herders in Mongolia after the number of livestock killed there by blizzards and extreme cold doubled in recent weeks, the Red Cross said Monday.

International funds of 1 million Swiss francs (usd935,000) were needed to provide food and other emergency relief for herders in the poor, landlocked country, the International Federation of Red Cross and Red Crescent Societies said in a statement.

The coldest winter in three decades has troubled the country sandwiched between China and Russia, following a summer drought that prevented farmers from stockpiling food for their livestock. Heavy snow and temperatures as low as minus 40 degrees (minus 40 degrees Celsius) have affected 19 of Mongolia's 21 provinces.

The 4.5 million animals that have died this winter equals nearly 10 percent of the country's animal population.

Huge animal losses caused by a combination of dry summers and severe winters — a disaster that Mongolians call "zud" — are becoming a chronic menace to the country. Though about half of Mongolia's 2.7 million people live in the capital, thousands of residents returned to rural life after the end of communism in 1990.

The Red Cross said the funding it is seeking will help 3,400 herder families who have lost the bulk of their livestock find alternative means to survive, cope with depression and stress, and learn basic health education.

"The needs are steadily growing as more and more herders face up to the reality that many of their animals are dying. More and more people are left distraught and increasingly destitute," Ravdan Samdandobji, secretary general of the Mongolian Red Cross, said in the statement.

The Red Cross is distributing food, blankets and warm clothing to 1,200 of the worst-affected families. The emergency relief will help more families and explore ways to diversify their livelihoods.

"When you lose your animals, you lose your livelihood and it can be a rapid slide into poverty without any support," said Daniel Bolanos Gonzalez from the Red Cross's Asia-Pacific disaster management unit.

Many herders who lose their animals drift into the capital Ulan Bator, where they live in poor conditions. Other join the ranks of illegal gold miners. The Red Cross said that previous severe winters between 1999 and 2003 drove hundreds of thousands into the outskirts of the capital, and it fears thousands more internal migrants this time, straining social safety nets.