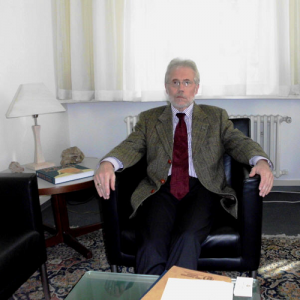 Finlandisation of Mongolia - A Model for the Future?

In this article, I discuss the consequences for Mongolia's foreign policy of Russia's war in Ukraine with regard to Russia, China and the so-called Third Neighbours. The concept of Finlandisation can be a model for this.

The Ukraine war is forcing the governments of this world to admit at some point how they stand on this war and thus on Russia and its policies. This applies above all to those countries that have a special relationship with Russia for various reasons. Mongolia is without doubt one of these countries: for historical, geographical and economic reasons. The facts surrounding this are well known.

A test case of what position governments take on the Ukraine war was the vote on Russia in the United Nations General Assembly on 02 March 2022. In this vote, which condemned Russia's actions, Mongolia abstained, i.e. it did not display its colours and kept things in limbo. Abstention is a frequently practised and legitimate means of avoiding political trouble and possible "punishments" that may follow.

Of course, Ukraine, the NATO countries, the USA, more generally "the West" including its global allies such as South Korea and Japan may not have liked this voting behaviour. Especially from the "beacon of democracy" in East Asia, one would expect a full-throated condemnation of the aggressor. This did not happen so far. Officially, the Mongolian government left it at a general reference to the fact that diplomacy and negotiation should lead to a solution, a formulation to which none of the parties directly or indirectly involved can object.

It cannot be ruled out that Mongolia may at some point also be in a position to show its colours in the event of future behaviour on the part of China, when this more clearly brings to bear its foreign policy interests in the region and worldwide in a combination of economic power and military strength. Mongolia is even more dependent on China than on Russia.

Mongolia must react to her "eternal" dependence on Russia and China, which is mostly geographically determined and cannot be broken, with a prudent policy that does not lose sight of the realities and refrains from upsetting the two large neighbours. One simply has to accept that there are "red lines" with both that no Mongolian government should cross.

For all the problems of such comparisons, it is worth taking a closer look at the concept of Finlandisation in the case of Mongolia. What is behind this, and is it a viable concept for Mongolian foreign policy?

Finland had belonged to Sweden since the Middle Ages and was incorporated into the Tsarist Empire as a Grand Duchy at the beginning of the 19th century, after the Russian Empire, starting with Peter the Great, had eliminated Sweden's supremacy in the Baltic Sea region. In 1917 Lenin released Finland into independence, partly because the continuation of the First World War and the incipient civil war were priorities.

In November 1939, Stalin attacked Finland (the so-called Winter War). The Finns had refused to move their border, which ran on the Karelian Isthmus only 30 kilometres north of Leningrad (now St. Petersburg), some 70 kilometres to the north and surrender bases on the Gulf of Finland to the Soviets. In exchange, Finland was to receive Russian territories on its eastern border.

Stalin's main drive was obviously to establish a buffer zone, fearing in the long run an attack by Nazi Germany through Finland (as it then happened).

The Russian attack was a disaster at the first attempt. The Finns put up a fierce and unexpected resistance, which, however, could no longer be maintained after the Red Army regrouped and increased its forces. Finland nevertheless achieved peace in March 1940, but lost about 10 per cent of its territory and, above all, its second largest city Viipuri (Vyborg in Russian) on the Karelian Peninsula.

A year later, Finland allied with Nazi Germany and attacked the Soviet Union together with German troops in northwestern Russia to regain its lost territories, as well as to implement the idea of a Greater Finland, i.e. the annexation of Finnish-origin peoples living on Soviet territory. However, it did not participate in the siege of Leningrad.

When the eventual defeat of Nazi Germany became apparent in 1944, Finland changed sides, concluded an armistice and signed a peace treaty with Soviet Russia in 1947, as well as a comprehensive Finnish-Soviet treaty a year later, which above all confirmed the loss of the parts of the country ceded in 1940 and led to further territorial losses on the Arctic Sea.

In both cases, Finland was able to save its independence by initiating negotiations in time, before it was finally defeated militarily. Stalin could have annexed the country in 1940 as well as in 1944. The military superiority was simply too great. The fact that he did not do so is mainly attributed to the fact that military-strategic considerations played the main role for him, namely securing the borders by creating a buffer to the densely populated and industrially important (north) west of the Soviet Union, and not the annexation of the country. Finland, with its peripheral location, was not one of the strategically important areas, despite the long border of almost 1,400 kilometres. For Stalin, other considerations were more important in both 1940 and 1944.

From then on, Finnish policy towards the Soviet Union was characterised by a neutral stance in which Finland acted as a bridge between East and West and avoided doing anything to anger its eastern neighbour. Above all, joining Nato was out of the question. This is the core of the policy known as Finlandisation.

Finland has done well with its policy towards the Soviet Union/Russia in the many decades since the end of the Second World War. It has fully integrated itself into the West and the circle of European democracies, has been a member of the EU since 1995 and has developed into a state that ranks among the top countries according to all indices of social development. Cooperation with Nato has been close, but there has been no accession. In other words, Finland accepted the Russian "red line" and made it clear through its policy that it did not make its territory available as a military base or deployment area.

Finland had transferred its good relationship with the Soviet Union to the successor state of Russia. For eastern Finland, Russia was the most important trading partner, and the country obtained almost 80 per cent of its natural gas from Russia. Border traffic between the two states was lively and without problems. Both states had cooperated with each other to their mutual advantage.

This situation has changed under the impact of the Russian attack on Ukraine: Finland will soon also formally belong to Nato, together with Sweden. Whether it is really in Finland's (or Sweden’s) interest to surrender to the geopolitical dominance of the USA remains to be seen. In any case, based on the history of Finnish-Russian relations, it is not clear to me what advantages Putin would gain from an attack on Finland, and even less on Sweden. A possible Russian attack is, after all, the justification for the two new accessions to Nato.

For Mongolia, there is only one lesson to be learned from studying the Finnish example: Finlandisation can be a model, indeed, it may be the only way to preserve its ability to act in foreign policy. The Finnish historian and journalist Jukka Tarkka in his book (Neither Stalin nor Hitler. Finland during the Second World War. Helsinki 1991) formulated the following general insight: "The fundamentals of security policy are the same in times of great war as they are in peace (...) Each state calculates its own interests with cold rationality and acts accordingly. The great powers can then reshape the political conditions of entire continents or even the world; the small countries must adapt to the prevailing conditions. But adapting does not mean submitting."

Mongolia's geographical location gives it a fundamental advantage: it is important as a buffer zone for both Russia and China. Neither state would think of annexing or otherwise damaging it, creating a problem for itself on its long border that would divert political attention and military resources from the real strategic problems facing both states. Mongolia's priority must be to juggle with the two balls of Russia and China, that is the focus. It has to create a kind of "equidistance" between the two and can use differences between them to its advantage. For China and Russia, in Northeast Asia as on the world stage, are not only confederates between whom no piece of paper fits, but also competitors. Alliances are formed quickly, but they can dissolve just as quickly.

The Third Neighbour is largely an illusion if push came to shove. Especially the "neighbour" USA. For all its verbal and non-verbal support, there is no conceivable scenario in which the US would risk a military confrontation with Russia or China over Mongolia.

This means Mongolia must make the most of its opportunities in the tense relationship between Russia and China. It must adapt. This is in its own interest, and that is what Finlandisation means. Of course, this does not exclude involving the Third Neighbours. But it must be clear that these neighbours cannot and will not provide effective support to Mongolia in a serious confrontation with the two giants. The country is ultimately on its own and must go its own way. It should only be noted in passing that the major European powers, including the USA and Sweden, for example, did not provide any practically effective support to Finland in both 1939 and 1944. For them, other issues were in the foreground, i.e. their own interests.

In this respect, the official Mongolian position towards Ukraine is correct, as is the planned construction of a natural gas pipeline from Russia through Mongolia to China. The Mongolian government should not be impressed by the voices that can be heard from time to time, according to which it is indifferent to a blatant breach of international law, and even runs the risk of becoming a "compliant partner of an anti-Western alliance" in the case of the pipeline, as was recently expressed in a Western European newspaper. It must realistically assess its options and act accordingly. Mongolia cannot sustain its national economy and society as a whole only by declaring democratic values and principles of international law. --

Peter Schaller is a former German diplomat who retired in 2013. He was posted to Cuba, China and Afghanistan, among other places, and was head of diplomatic and consular missions in North Korea, Turkmenistan, Mongolia and St. Petersburg.